Join the two mentalloids who share half my DNA as they explore Palladium Games’ epic superhero game, Heroes Unlimited. 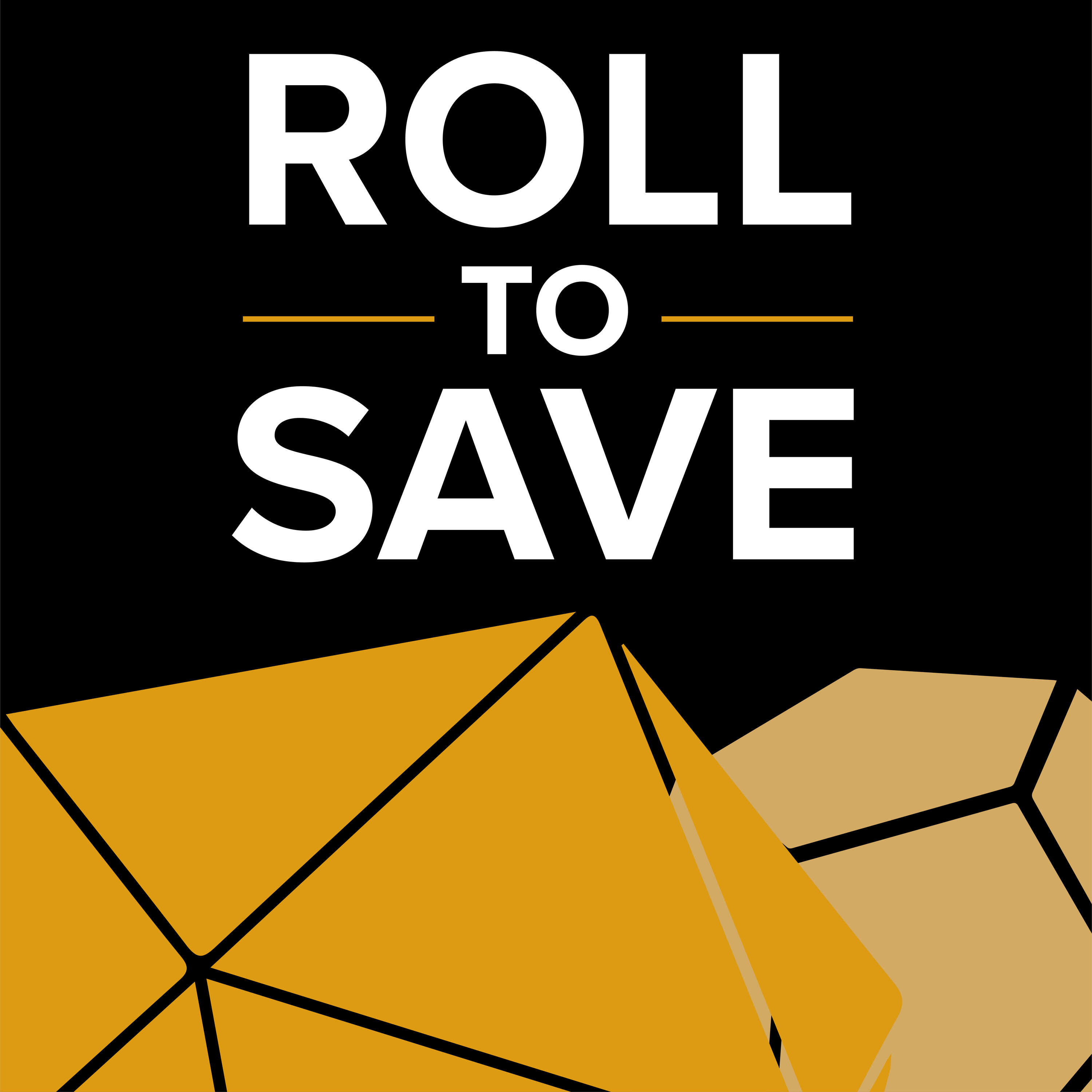 Whitewash – a Paranoia Actual Play Podcast – Episode 5 – Roll to Save

Last night, my RPG group completed the Warhammer Fantasy Role-play adventure Shadows Over Bögenhafen, a game that I had enormous fun running for them. They’re a great bunch, with some really fun characters that I’ve really enjoyed getting to know. As we completed this chapter in our campaign, it got me thinking – I’ve run this module on and off over 30 years, and I’ve never failed to enjoyed it.

It also made me feel mega-old…

When I first ran Shadows Over Bögenhafen waaaaay back in 1988, it was actually the first ever supplement I bought for Warhammer Fantasy Roleplay. The fact that I bought adventure two in the series instead of adventure one says everything you need to know about me…

However, back then I had no grand designs of running the vaunted The Enemy Within campaign. In fact, aside from a reference in the main book, and the words “The Enemy Within Campaign” being picked out on the front of Shadows I hadn’t even heard of it. No, I just wanted an adventure I could run for my players. Besides, this one had a really cool cover…

It’s a testament to how well designed this module is, that I could happily run it as a standalone without even having to reference the material that came before it. Sure, there’s a section dealing with the fall out from the previous game, but otherwise this module is its own beast.

The story itself is interesting, as it’s in a fantasy setting, but it’s largely an investigative exercise. It begins innocuously enough; the adventurers attend the local fair, have a great old time, and ultimately agree to go spelunking into the town sewers in pursuit of a goblin that has escaped from the freak show. After much too-ing, fro-ing, and falling into effluent, they don’t find the goblin, but they find…something else that makes them realise that there could be sinister goings on beneath the comfortable, easy-going veneer presented by Bögenhafen. What follows is a twisty-turny investigation that seems to hint at corruption in the highest echelons of society, and a race against time to stop something really bad happening to the town.

There’s some combat – especially during the finale – but not as much as the fantasy setting might suggest, so a lot of the time the player’s social skills and investigative abilities will serve them more readily than a strong sword arm. Shadows gives the impression of an orderly, well-kept town; the sort of place where the powers at be won’t tolerate gratuitous violence and blood flowing in the streets. The watch maintain a strong presence throughout the story, and I’ve yet to have a party of players who thought “I know – let’s just fight the law!” WFRP is a system famed for its lethality, and its always struck me how comfortable people who have played this scenario are with turning tail and running – especially when pursued by mobs of angry townspeople! Other systems might see the players assume the roles of unassailable threshing machines, but in Shadows players very quickly come to realise that discretion truly is the better part of valour!

As a games master, one thing that I’ve always appreciated about Shadows was the fact that the players aren’t guaranteed a happy ending. I read enough RPG modules in my time to know that there’s a default assumption that players will either succeed, or die trying. Very few of them touch on “What happens if they fail but live to tell the tale?” Well, Shadows doesn’t shrink from this. It reads:

If…the adventurers had ample opportunity to stop [the baddies – spoiler protected!] but failed to do so, you should not shrink from inflicting the full consequences on them…This option, detailed in Apocalypse, below, is extremely dangerous, and could lead to the entire party being wiped out if the adventurers do anything stupid, but will provide a more exciting climax to the adventure.

They’re not kidding either – the “bad ending” is truly apocalyptic in nature.

Adventure aside, the contents of the module always impressed me, and still does. As well as the main book, there’s a couple of maps: one “player safe” (and which is quite beautiful) and the other for the GM with all the secret locations marked for easy reference. I made a scan of the player map for use in Roll20, but sadly it didn’t render in anywhere near the quality I’d hoped for.

There’s some gamesmaster’s references printed on sturdy card which don’t have to be separated from the main book, and a sheet of good quality handouts. I always remember, in later years, that feeling of disappointment I’d get after buying an RPG adventure only to find that the handouts were part of the main book, and would therefore have to be photocopied. Thinking back to how good those found in Shadows were always made me feel slightly short changed.

The book itself also came with a pull out “Gazeteer of Bögenhafen” which was invaluable for the GM – both in terms of describing the city, but also if you wanted to use it as a reoccurring setting (providing things hadn’t got too apocalyptic of course…).

The art work is a particular highlight. From the eerie cover, to the moody interior pieces, Shadows really set the bar high for my expectations from future RPG products on what quality art should look like. There’s plenty of books nowadays that use computers to create their illustrations that don’t come close to the atmosphere Shadows creates.

It’s not all roses though; one thing I found on rereading this book last year was something that my younger eyes probably didn’t pick up on – namely that it is a complete mess of organisation. Looking at the various sections in the book, and knowing the content, I’d expect them to be laid out something like:

I’m not being hyperbolic when I say that it can be exhausting to use.

Here’s an example – and bear in mind that this is coming from someone who has run this plenty of times before. There’s a point in the scenario where the adventurers will probably end up coming to the attention of the authorities in the course of their investigations. As a result, the powers at be send one of their number to speak to them to offer reassurance that things aren’t as they think they are. Now, this is a key event in the scenario. It gives the players an important contact – one who becomes instrumental in the climax of the adventure. Think of it as heralding the opening of the second act – when the players have their suspicions confirmed, and are driven to dig deeper. Now, where to find this event? Well, thankfully there’s an Events section in the book, which lists various happenings that occur throughout the course of the adventurers’ time in the town, you’d assume it would be found there.

It’s not. Little side note here, the NPCs section lists details for only THREE of the main NPCs. The other ones have their stats and descriptions scattered throughout the book. Minor NPCs are on the Gamesmaster’s reference sheet.

Instead, you find the encounter buried in the “Key Locations” section. In addition to this, when you read the rough timeline at the beginning of the book, it is stated that this encounter happens as a consequence of the adventurers’ gradual investigation and enquiries. The exact wording is:

In the course of their enquiries, the adventurers are approached by [NPC]..

In other words, this is one of the pivotal story events. There are a lot of optional side encounters that the players can have, but this one is essential to the plot. Indeed, if you’ve run this more than once you’ll know just how crucial this encounter is! However, taken as written in the “Key Locations” section the encounter will only happen if the adventurers do one, very specific, thing. Unfortunately, if the adventurers don’t do this thing, it makes running the climax of the adventure really difficult, because without encountering the key individual, it is extremely unlikely that the players will ever end up anywhere near the finale.

As I said, I’ve run this plenty of times and was therefore aware of how to bring this event into play (I just couldn’t find the bloody thing!) but for a new GM this would be a real head scratcher, and could lead to a very unsatisfying conclusion. Either the GM would have to railroad things so that the players end up where they need to be – which would feel forced – or else inflict the consequences of failing to put the clues together. Now, some might think “let the chips fall where they may”, but without the information that the encounter provides it would be unlikely that the players would be in a position to appreciate what had just happened when the GM presses the red apocalypse button…

Imagine you’re one of the Avengers at the end of Infinity War (spoilers btw). You and your team have battled Thanos, but he’s managed to get his big, purple paws on the six gems and BOOM! He snaps his fingers and you watch in vain as half of existence is annihilated around you and, before you can do anything, he disappears. You realise what’s happened, it’s horrible, but you’re driven to think “Was that my fault? What can we do next? How can we UNDO this?”

Now, imagine the same film, except this time Thanos proceeds in such a way that the majority of the Avengers are not aware of what he’s up to. Perhaps he kills Hulk and Thor so they’re not able to warn anyone of his plan? Maybe he goes after the stones in a more subtle way? Regardless, a major clue is missed, and there the main characters are, carrying on with their day-to-day, and suddenly a load of people just turn to ash around them. Why did this happen? Who is behind it? Why didn’t I have a chance to do anything?

That’s a very long and convoluted way of explaining how the player characters would feel in Shadows if they miss this vital encounter that is obfuscated by how badly the book is organised! In the first example, they had the chance to stop the big bad, but failed. In the second instance they simply aren’t even aware of it but are punished in an over the top and confusing way regardless…

However, having a toddler organise the book aside, Shadows Over Bögenhafen remains one of my favourite adventures of any game system. Atmospheric, cerebral and logical, it’s the perfect break from treks around the wilderness slaying goblins. If you fancy something gritty, low-magic and dark, you could do a lot worse.